Social Energy And The Radical Imagination:

Now is the time we need to be thinking about de-conditioning from the Pavlov’s dog habit of the misguided instinctive reaction to consumerist jingoism.

One of the analogies Michael Albert uses in thinking of a new economics (and useful for lots of other ideas) is the "desert island" scenario. It adapts to the present situation.

What happens when the surviving passengers from a ship reach dry land. These are people with various capabilities and skills. The doctor, the mathematician, the millionaire, the boss of the corporation, the carpenter, the labourer, the waitress. So does the millionaire, after swimming to shore, reach for the nearest hammock and say, "I don't need to work, I am a millionaire"? Does the doctor join him and say, "there is no one sick yet, I need not work"? Does the waitress run around serving everyone while the carpenter builds the shelter?

You wouldn’t think so. At this stage in time the value hierarchy would reverse. For what good is a millionaire on a desert island? Whereas a carpenter could produce, maybe even life saving possibilities, by the use of his or her skills, in designing and constructing a shelter. So, should the carpenter head for the hammock and say. If you pay me well I may build a house for you? No of course not. They all would have to dig in and decide on the allocation of work to be done by each. If they are to survive, new skills would need to be learned because decisions made by each of the group, could be crucial for their survival.

Our ship wreck is the present global or local situation. We are swimming for the shore from a vessel that has been holed by the vagaries of hundreds of years of angry people determined to destroy all that is gentle in their lust for power. The ship has been repaired so many times it is not any more the entity we first sailed out on. The captain on the bridge has been sailing on a sea off delusion and refuses to leave the ship. The crew below decks and the chartered passengers have an important decision to make. Go down with a ship holed by climate distruction, continuous war, greed, hate, racism, psychotic leaders… or swim for the shore and to other possibilities?

As we sit on our desert island (the present self isolation) the things we could be thinking about. Do we work to repeat the same value system we have escaped from when we rebuild our community.

There is nothing stopping people from creating their own institutions, their own conventions in how they work, their own value systems. To actually state this obvious fact is to remind oneself of how far society has been locked into the ridged structure that forms the present status quo. Yes, it is true that there have been reforms made attempting to balance the inequality of the capitalist system. Seemingly new freedoms in how we work, new initiatives, new flexibility appeares. But examined closely, most of these reforms can be seen to be still safely locked into the cycle of capitalist principals, and are more than likely to be a hindrance to progressive economics because of the time and effort expended in trying to make them work.

If one takes nothing else away from the examination of the idea of participatory economics, (ParEcon) an attempt to look at ideas for life after capitalism, it is how incredibly bad the system of capitalism has got. We are feeding a smaller and smaller elite of people with more and more of our wealth. As those at the top get more bloated on the wealth of the land, those below them are getting hungry and angry. But we can't fight this system by the systems own rules. We would never win. What we need is a system, or the tools to change a system that will encompass as Albert would say,"values that we hold dear". Capitalism has nowhere to go apart from devouring us - then itself. We can't afford to wait and watch that happen. Necessity is the mother of invention. At this minute we have more than enough to be going on with to raise the social conscience. If we can do that, most everything else is possible. The alternative is too terrible to think about. Now is the time to engage and take the opportunity. 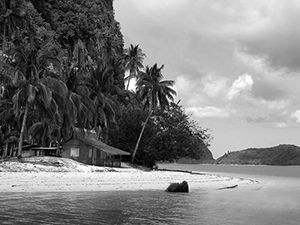