Social Energy And The Radical Imagination:

THE REAWAKENING OF COOPERATIVE CULTURE

On reading an article about a person who was a rescue worker. This person had traveled the world over visiting all kinds of disaster sites, earthquakes, floods, famine, and so on. The most interesting thing about the article was the writer didn’t dwell so much on the horrors of what she saw in the places, but in the humanity she experienced. She described her work as some of the happiest days of her life. Explaining by remembering the various acts of human selflessness, kindness and sacrifice of ordinary people even in the most dire, impossible and unimaginable, circumstances.

Another disaster reminded of. “Hurricane Sandy that devastated communities along the northeastern coast of America. When the state rescue services like FEMA and American Red Cross dragged their heels in getting to areas of need, Occupy Sandy, an off-shoot of Occupy Wall Street, sprung into action, on bikes and anything else they could find to get aid to communities. This time they were not protesting, but putting into action, their networks and learned strategies built around the Wall Street protests and Zuccotti park, to help rebuild the devastated communities like New Jersey, and towns along the coast that were hit badly by the hurricane. Occupies effort was to work in partnership with local community organizations in New York City and New Jersey and to focus on mutual aid and sustainable neighbourhoods. What they proved was, as in the New Orleans floods, given the proper support, communities are more than capable of solving their own problems without bloated bureaucracies, consisting of for-profit managers, who have proved many times to be a hindrance in disaster situations.

Another example is Haiti. Crisis mapping in Haiti, showed us the real power of open source technology. When Haiti suffered a 7.0 magnitude earthquake with the loss of 200,000 lives and damage to over 250,000 homes and commercial buildings. At the time there was little in the form of a map for Haiti around Port-au-Prince the most devastated areas, until a crowdsourced web map was crated. Where mappers from around the world put in place an open source map that helped rescuers to target the areas that needed more attention. There is a time-lapse video showing the map being built that makes the hairs on the back of your neck stand up, so beautiful an activity by the effort of so many from all around the world. The above are only a few examples of the many, many, projects carried out by powerful collective actions, most folk rarely get to know about.

Unfortunately or fortunately the lessons of human survival learned in the development of our species are sometimes only reawakened when disaster strikes. Because it is natural when we see an old lady stumble in the street, our tendency is to run towards her, not run in the other direction. Our open source technology community have been helping people on the other side of the world they do not even know for decades. Not through the filters of government but directly as caring human beings that care about others.

Governments have always played catch-up to the collective humanity that do things because they think they are right and are of mutual benefit to everyone. As the present crisis will attest to our present administrations heads are so far up their capital seeking corporate posteriors, they can’t think straight or factually about anything. The privatisation of our commons, including the technological commons, the internet, the developments in universities, has taken the power of Open Source technology out of the publics hands through a lack of information and replaced it with passive browsing.

The technology that promised so much in human development and has the potential if used sensibly to alleviate so much misery in the world including the present crisis is being used to count money, to make curves on a graph point towards perpetual profit. That is why the Open Source community take up so few paragraphs in the main stream media - it is too dangerous, because it is democratic.

The selection process of what our science, research and technology funding should support is commercial influenced. Along with the creeping privatisation of our education system and particularly university research, where successful development projects go directly to the private sector and failures are handed to the public to pay the bill. Maybe we could also ask the question why so many in universities use Open Source technology in their departments. The answer is they can save lots of money on their IT budget by using free stuff. So why are we not encouraged to use it in schools, and in our homes by government?

Like architecture we spend most of our time in buildings and know little about them. In technology we are using it every day of our lives and know even less. Our whole world computer infrastructure is based on *Open Source technology, principals and code. However to access it the majority of us use “proprietary” and often insecure branded equipment, that costs us thousands of pounds. That is for our silver shiny icons of consumerism, you may even be viewing this on now. These pieces of expensive equipment are designed to exploit our personal information, to extract our habits so that they can predict corporations profits.

Why are we not able to freely use Open Source technology and imagination, to track the genetic evolution of the virus to find a solution to the current problem that could be open and free to all nations through sharing even using our personal computers. The collective computing power required to help do this and for the vast amounts of data involved in solving a genetic problem can be exchanged freely via the internet?

As we self isolate and get together on our computers there is no reason that these interactions can’t be educational, constructive and beneficial as well as entertaining during this time of cabin fever. For instance it could take ten years with commercially driven computing to understand a viruses genome. But with everybody chipping in a bit of our unused computing power it could be reduced to ten weeks, (that is with absolute altruism), to do the same analysis.

Particularly in this moment in time our world is being driven by data mining and big data. It is all the more reason to make an attempt to understand its functioning in controlling our activities for good and bad. Every child should be introduced to Open Source Technology, before touching their fist computer. First time computers should be a gateway to education not to consumerism.

Links:
You don’t have to be a scientist to do science.
http://boinc.bakerlab.org/rosetta/
I am One In A Million
foldingathome.org
The future is computational science.
The era of aimless crypto-hashing is over.
https://boinc.science/

*The term open source refers to something people can modify and share because its design is publicly accessible. It is open to the scrutiny of users designers and competitors alike. Anyone using the Internet today benefits from open source software. 80% of businesses world wide use open source technology. Why are we not all using it?

Our Information and Communications Technology is developed by a world community of Open Source developers and the code is free to anybody. The people who own the big computer corporations decided to lock away some of this free open source code and re-sell it to licensed buyers. The companies already mentioned who sell the shiny computers that can cost thousands and charge extortionate sums for software, that most of us buy.
The same companies that will be earning billions working on the Corona virus research.


WHO GIVES A PHONG ABOUT GOURRARD SHADING 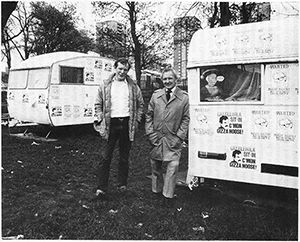